Removed:
Known Issues:
Notes :
Thanks to the great modders of our community.
Great thanks to the modders of the Eco Modding Alliance!
Special thanks to Kirthos, JAGGANOT, and Mariana. Recherche Team, Recherche! <3 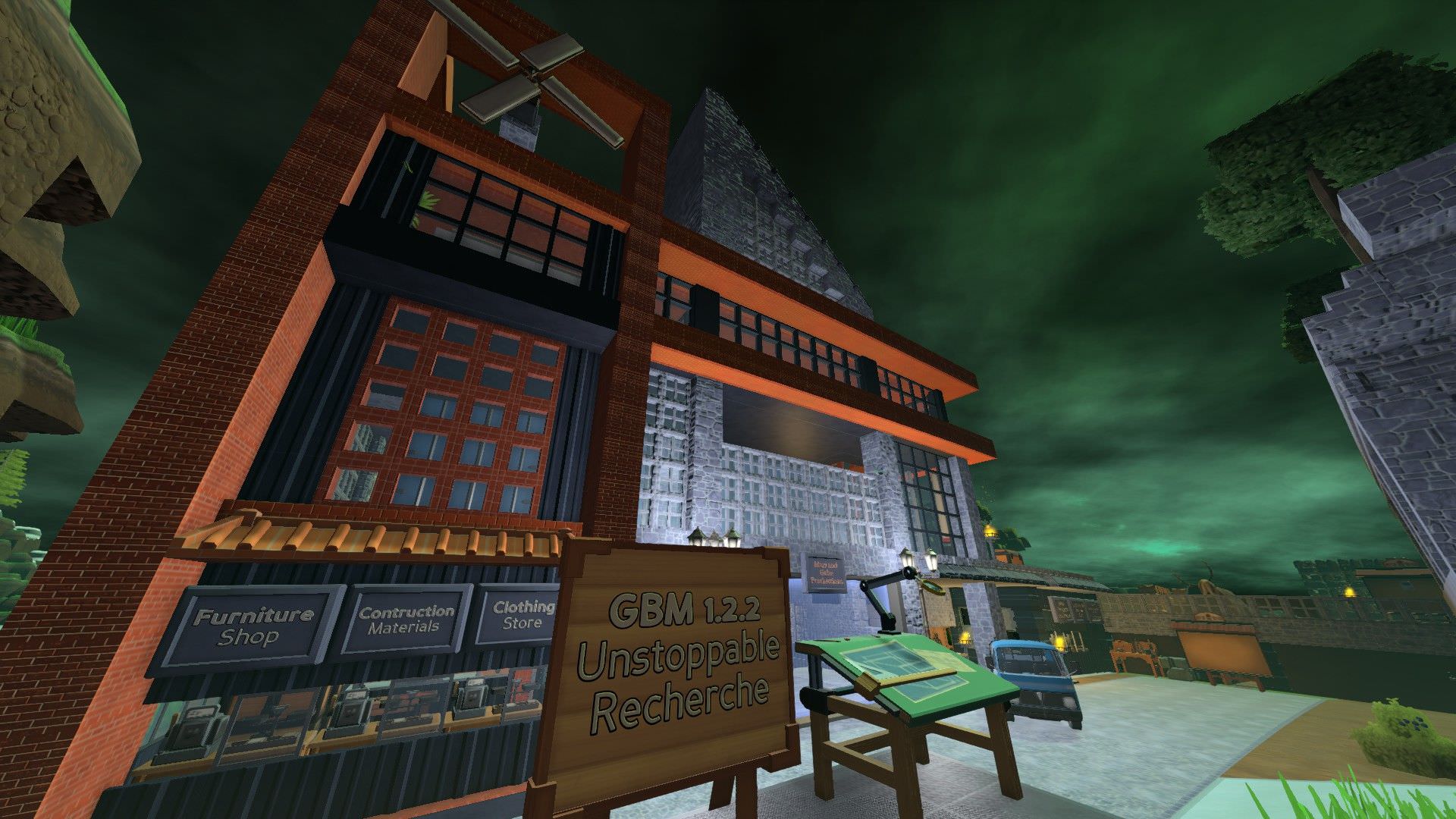 First of all, Update WARNINGS:

The GBM is back with even more mods to make your worlds even more Glorious!

As always, thanks to the great modders of our community.
Special thanks to Kirthos, Kronox, JAGGANOT, MasterWho, FishAus and Zeel Nightwolf for hearing me out and helping me as fast as they can!

Have fun with this new update!

Notes about 7.4.4, Migrating and Updating Eco

I've been getting reports of 'broken mods' with 'incompatible Eco versions'. I've finished testing of the modpack today on 7.4.4 and everything works fine.
A couple notes on updating:


TL;DR: Reapply the modpack after every update - Steam (or your host) will overwrite the modpack files, then you might end up with a Skill Tree being empty, mods half-broken or completely missing.
If there's still a broken/missing mod or broken server after reapplying, make sure to let the modder/author know of your issue.

Of course, take note of the Tested Version of the mods you use, and of this Modpack. If you are not familiar to modding: it's always a bad idea to rush ahead to newer versions when running a modded game. You'll be on your own until modders/authors have the time to test and update their mods to the newest available versions. That's why, if you are really excited about a new version, you should always test locally and in a backup - risking your actual savegame never pays off.

Overall, modding in a Early Access/Beta/In-development game is an adventure in and of itself. Eco is pretty stable and forward-thinking when it comes to modding, but developers have to develop the game and fix bugs, and the simple act of doing so may wreck a mod or two in the process. No one is to blame.

Mind that nothing broke in the modpack since its release, but incorrect reports of incompatibility triggered me to write this to the unitiated or for those interested.

Have fun saving the planet and turning Bison into fuel!
- Gabeux

- Added: Cj's Expanded Items Pack - Collection of different types of furniture
- Updated: All available mod updates for 7.4 compatibility - thanks for all modders who either updated during Staging or quickly after the 7.4 release!
- Removed: Pollute More - Vanilla rebalance in 7.4 renders this unnecessary and, actually, easier than vanilla.

Quick update to prepare for 7.4, and also to bring mods to the spotlight that are configurable via simple config files (BetterMining, BetterLogging, BigShovel), and libraries/APIs/frameworks that either support it or are developing support for it (Asphalt Modkit), which will make developing configurable mods faster and easier!

Thanks to the modders for the great work!